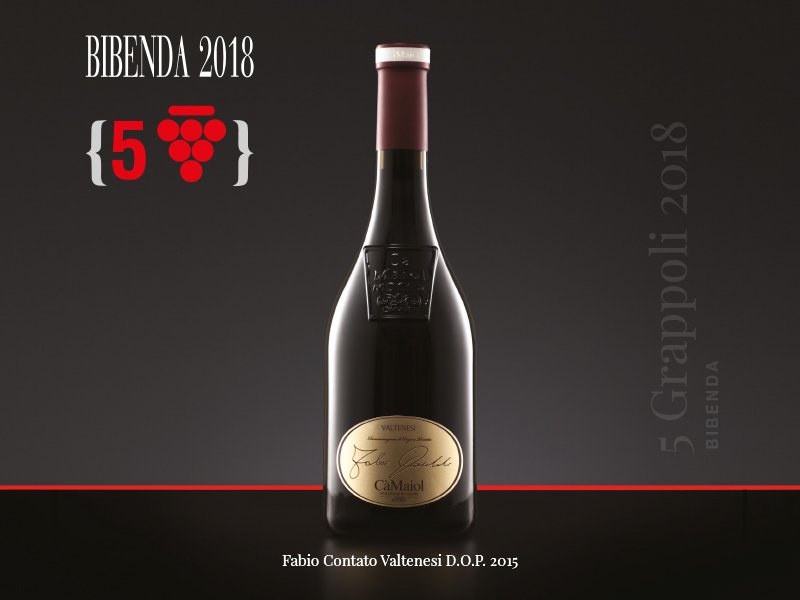 The Bibenda 2018 has awarded with Cinque Grappoli the wine Fabio Contato Valtenesi D.O.P. 2015. Bibenda is the official portal of the Italian Sommelier Foundation, considered today as the most prestigious wine cultural center of the world.

Founded fifty-three years ago, at the beginning was known as the Italian Sommelier Association Roma, then on 2013 become a national recognized foundation and now is known as Bibenda Group.

The Valtenesi redwine gets its name from the Walter Contato's son. This wine is produced with a selection of grapes on the vine by hand from the historical vineyard in Valtenesi area. The grapes are harvested by the end of October, then they are left to dry into cases and in a room with controlled humidity for two months. The wine is then poured inside of French oak barrels and kept there for twenty-four months.

It's a wine with a great expression with a bright ruby color, it offers a olfactory sensation composed by secondary aromas in evolution of blackberry briars, laurel and light nuances of geranium with a touch, in the second stage, of tamarind and graphite.

Discover the world of CàMaiol