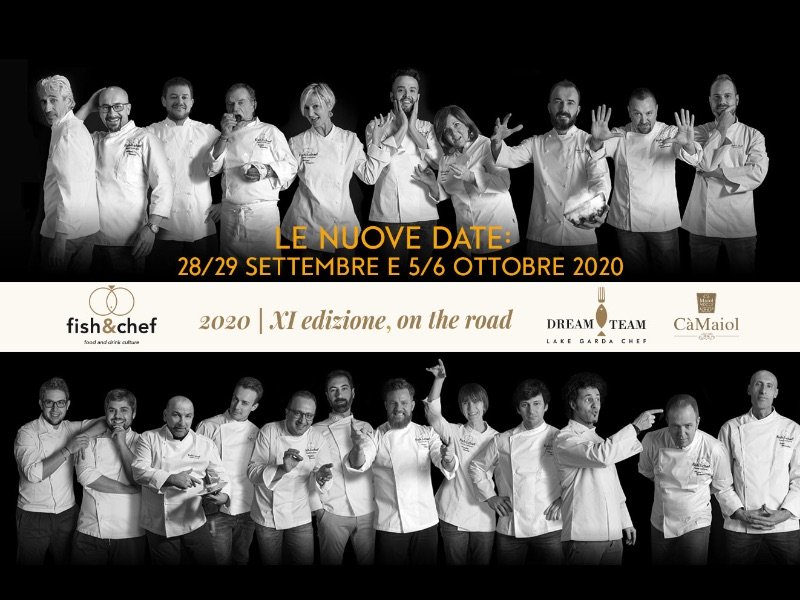 From Garda to Milan: Fish&Chef is On The Road

The eleventh edition of the Fish&Chef event, created to promote and enhance fish from the lake and the excellence of Garda, travels to the city of Milan, in the unique setting of Identità Golose Milano. Four dinners, on September 28 and 29 and on October 5 and 6, signed by the Garda Dream Team.

The project, focused on the landscape storytelling of Benaco through its flavors, has reached a turning point. It became necessary to cross the borders of Lake Garda to speak to a wider audience and consolidate the cultural role in the promotion of a territory and its excellence, as indicated by its creators: Elvira Trimeloni and Leandro Luppi.

Cà Maiol is confirmed as Main Partner of the event and the evenings of September 29th and October 5th will see the winery itself as protagonist with a wide range of wines in combination to the menus proposed. Central are Lugana DOC Molin and Lugana DOC Riserva Fabio Contato, splendid examples of the cohesion between Cà Maiol and its surroundings.

To complete the pairings in the remaining evenings there will be two other wineries, part of the colorful framework of Santa Margherita Gruppo Vinicolo. The idea is to experiment with creative interweaving with wines and grape varieties grown outside the Garda area. Kettmeir, a centenary reality in the South Tyrolean panorama, will be staged on September 28th while on October 6th the protagonist will be Cantina Mesa, the iconic wine company born as a declaration of love for Sardinia through one of its precious treasures: wine.

The menus and information about the protagonists are available on www.fishandchef.it.

Dinners cost € 75 per person (four courses, dessert and wine included) and can be booked on the website www.identitagolosemilano.it.